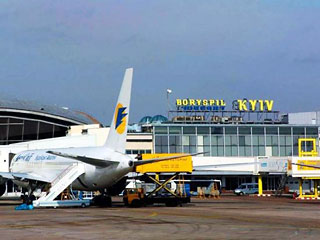 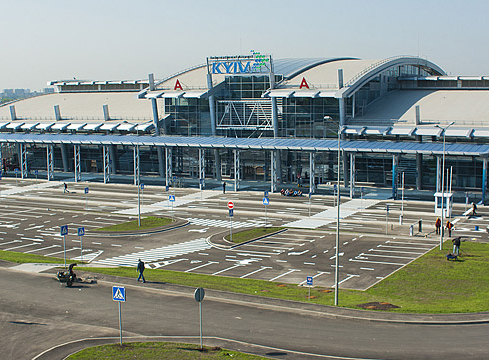 Kyiv (Zhuliany) International Airport is located in the Zhuliany neighbourhood in the south of the Ukrainian capital Kyiv. The Airport is connected to the city's main highway infrastructure via the Povitroflotskyi Avenue, and served by a number of city transport routes, including Bus Route 9 (Kyiv Airport — Kiev Passenger Railway Station). 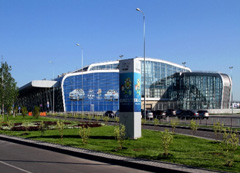 For the championship Euro-2012 the new air-terminal complex was built at the territory of the airport with the use of the resent developments in aviation industry, relevant to modern technologies of passenger and baggage handling, as well as to international architectural and engineering standards and requirements of ICAO (International Civil Aviation Organization) and IATA (International Air Transport Association).

The new air-terminal complex was put into service on April 12, 2012. New terminal "A" with a total area of 39 thousand square meters has 9 departure gates, 4 of which are jet bridges, 28 check-in desks, 2 self-service check-in kiosks, 18 passport control checkpoints and 12 aviation security control checkpoints.

New air-terminal was built with due consideration of needs of people with physical disabilities. Therefore all the zones and rooms of the terminal were equipped to provide an easy mobility and handling of disabled passengers.

The new terminal is planned to have VIP-lounges for the passengers of international and domestic flights, and also modern Duty Free. Surrounding area of the new air terminal has 2 parking lots with 25 bus parking spaces and 1,1 thousand car parking spaces. 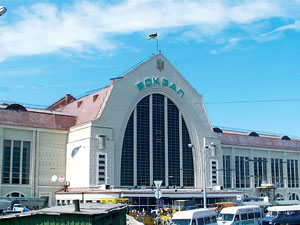 Kiev Passenger Railway Station (Ukrainian: Kyiv-Pasazhyrs'kyi) is a complex of Kiev's Central Station and adjoining Southern Station, plus the adjacent Suburban Station, together serving more than 170,000 passengers per day (as of 2005). The station complex thus provides long-distance and international services, and short-distance service (elektrichka) for suburbs (including dacha areas), minor city stations, and nearby regions. The Kiev Metro Sviatoshynsko-Brovarska Line station Vokzalna is situated nearby, constituting the station's main intersection with city transport. 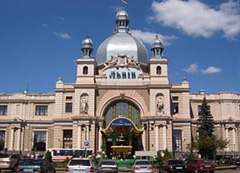 The Main railway station in Lviv, Ukraine also known as Lviv-Main. It is one of the most notable pieces of Art Nouveau architecture in former Galicia. The station was opened to the public in 1904, and celebrated its centennial anniversary on 26 March 2004. On a monthly basis, the terminal handles over 1.2 million passengers and moves 16 thousand tons of freight. 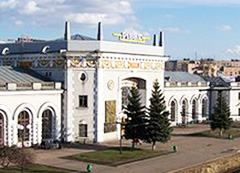 There is possibility for online train-ticket booking via site

If you have any problems with how to get from Rivne train station to a hotel, please, write to the organizing committee via